The power of stroking

Dogs do not devote much time to grooming the bodies of other dogs. Even so, massages and petting play a key role in the relation between dogs and people. In addition, they have relaxing and pleasant effects for both parts. However, do all dogs enjoy the physical contact in the same way? 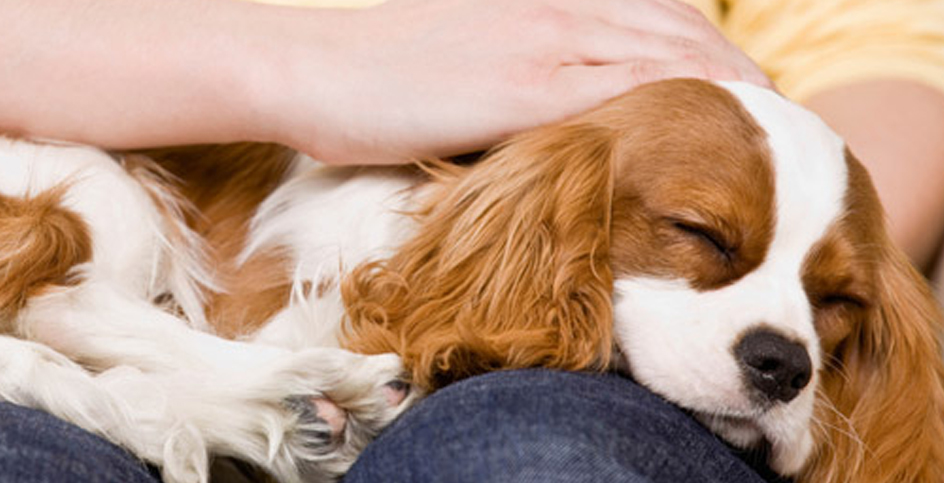 Stroking and physical contact are great foundations of the relationship between dogs and people. Nevertheless, the pleasure is not only for the people: while the owner pampers the animal and relaxes, the dog also seems to enjoy the calming effect of the massage. Its breathing becomes slow and regular, its heart beats more slowly, it relaxes and it calms down. In addition, substances that improve mood such as oxytocin are released, reinforcing the affective bond.

The pleasant effect of stroking can depend both on the physical relaxation that it causes and on the proximity with the people who are “important” to the dog. This effect justifies pampering used as a reward in some cases during the animal's training, although its effectiveness is lower than that of food or playing.

Believe it or not, not all types of stroking and pampering are relaxing and pleasant. For example, it has been observed that in general dogs relax more when they receive the massage from a woman, rather than from a man. In addition, the way in which we stroke is important. “Soothing strokes” are usually achieved by sliding the hand, slowly and firmly, from the head towards the tail or massaging muscles deeply, whereas an abrupt manipulation of certain parts of the body could be annoying for the animal.

Each owner usually knows the parts of the body where his or her dog prefers to receive a massage. However, one study has revealed that the part of the body that is massaged is not relevant to obtaining the calming effect. In spite of the preference of many people to stroke the head and the neck of the dog, contact with these parts of the body can cause an aggressive response in some animals, since in canine communication, contact with these parts can be related to hierarchy.

In spite of everything, there are dogs who hardly ever perceive physical contact with humans as being relaxing and pleasant. In fact, the possibility of enjoying a massage depends not only on the type of physical contact, but also on the socialisation of the dog, of its previous experiences, how used it is to being stroked and on the familiarity with the person who is doing the massage. Fearful dogs, who would mostly benefit from relaxing strokes, are also those who more often perceive this interaction with people as intimidating.

Sessions in which dogs become accustomed to relaxing through stroking should be part of the normal handling of the animal, so that in case of necessity, physical contact could be used to manage situations of excitation or fear, as, for example, during a visit to the veterinarian. 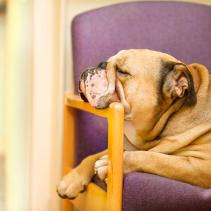 Dogs that listen to classical music

Cows produce more milk if they listen to music. It sounds like an urban legend but some studies confirm this. Music...