Why do cats rub against the legs of their owners?

Almost all cat owners have experienced it: a ritual of greeting in which cats rub against their owners' ankles, first with the head, then with the flank and, finally, with the tail. It seems like a gesture of affection by the cats. But is it really so? Or is there another explanation behind this behaviour? 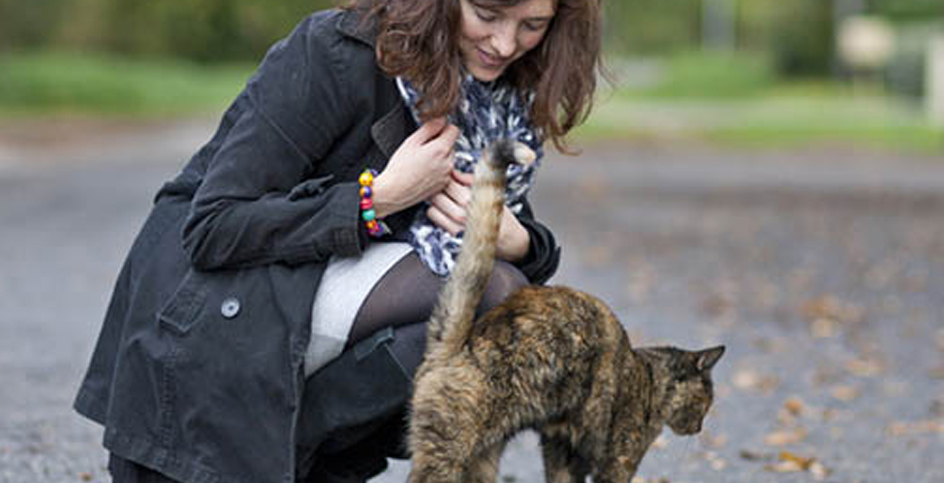 Almost all cat owners have experienced this. Upon arriving home, cats receive their owners with a greeting ritual in which they first rub against the owner's ankles with their head, then with their flank and finally with their tail that wraps the leg of the person as in an embrace. At this point, cats usually look upwards towards the owner and rub again while purring, often making small jumps with the front paws. It is nice to be greeted like this and most owners take the opportunity to stroke their cats.

People usually see this behaviour as a gesture of affection from the animal, when in fact it is scent marking. During the ritual an important exchange of odours occurs that serves to create a common and familiar smell among all individuals who share the territory. In rubbing, cats deposit the secretion of the sebaceous glands that they have in the temple area (between the eye and ear), around the mouth and at the base of the tail. These glands produce substances called familiarisation pheromones that turn marked objects into familiar objects.

In fact, cats rub not only against the people and animals who live with them, but also against objects in their environment. When the olfactory mark fades, cats rub against it again. Familiarisation pheromones reduce other types of marking, such as with urine, and in recent years marketing of synthetic analogues of such pheromones has taken place in order to control other forms of cat marking.

Rubbing is not a demonstration of affection in the human sense of the word, but it is still a behaviour that cats exhibit only with individuals who are part of their world and who give them a sense of security. 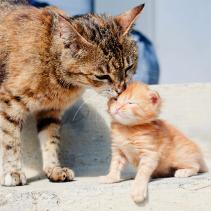 Cuddles, a manner of speaking

Cats' reactions to physical contact depend on the area that you touch. As any cat owner soon learns...